I don’t generally choose YA literature with some exceptions, (The Fault in Our Stars, Hunger Games, Twilight), but I was encouraged to read Dread Nation by Justina Ireland by several friends and thought it would be worth a try. While Dread Nation was easy to read, I didn’t love it. I don’t know if it was the YA factor or my dislike of Zombie, undead-type literature. In this story,  the dead began to walk the battlefields of Gettysburg and derail the Civil Way. Jane is training to be an Attendant, a role for African-American girls who are trained in weaponry and etiquette to protect the well-to-do from the undead. When Baltimore families begin to go missing, Jane is sent away from town, learns about a conspiracy, and discovers that it is not the undead that are the real problem. Again, Dread Nation was a fast and interesting read, but not ultimately my speed.

At the same time that I was reading Dread Nation, I decided to listen to John Green’s Turtles All the Way Down. Having enjoyed The Fault in Our Stars, I figured it might be a good choice. Turtles is about Aza who has a significant anxiety disorder which makes everyday living challenging. The story details a missing entrepreneur and Aza’s relationship with the mystery and the entrepreneur’s son. And, while this was clearly YA, it was an enjoyable listen for me. I thought Aza’s anxiety was well-described and authentic and the story was unique and interesting. 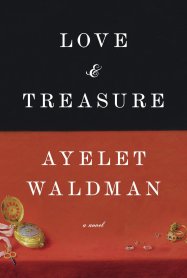 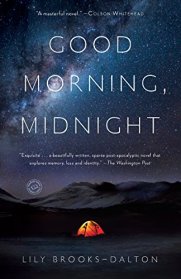